The Oppo F21 Pro 4G and F21 Pro 5G smartphones’ price in India have been tipped ahead of the handset’s arrival in the country. Oppo will be unveiling the F21 Pro in India on April 12. Key details about the upcoming Oppo phone are likely to be revealed at the launch event. However, leaker Sudhanshu Ambhore has revealed the Oppo F21 Pro smartphone’s price in India even before it goes official.

To recall, a dedicated microsite for the Oppo F21 Pro smartphone recently had gone live on the Amazon India website. The smartphone features iPhone 13-like flat edges, and sports a punch-hole display. Aside from this, the F21 Pro will have three rear-mounted cameras. A robust 4,500mAh battery unit with SuperVooc fast charging support will be powering up the entire system. Also, the Oppo F21 Pro will succeed the F19 Pro. It is still unclear why the company skipped the F20 Pro moniker.

Oppo F21 Pro smartphone’s price in India is set for INR 21,990. For this price, you can get your hands on the 8GB RAM+128GB storage model. Alternatively, you can go for a 5G-ready model that ships with 8GB RAM and offers 128GB storage if you are willing to shell out INR 25,990. Furthermore, you will be able to choose between three eye-catching color options. These include Rainbow Spectrum, Cosmic Black, and Orange. 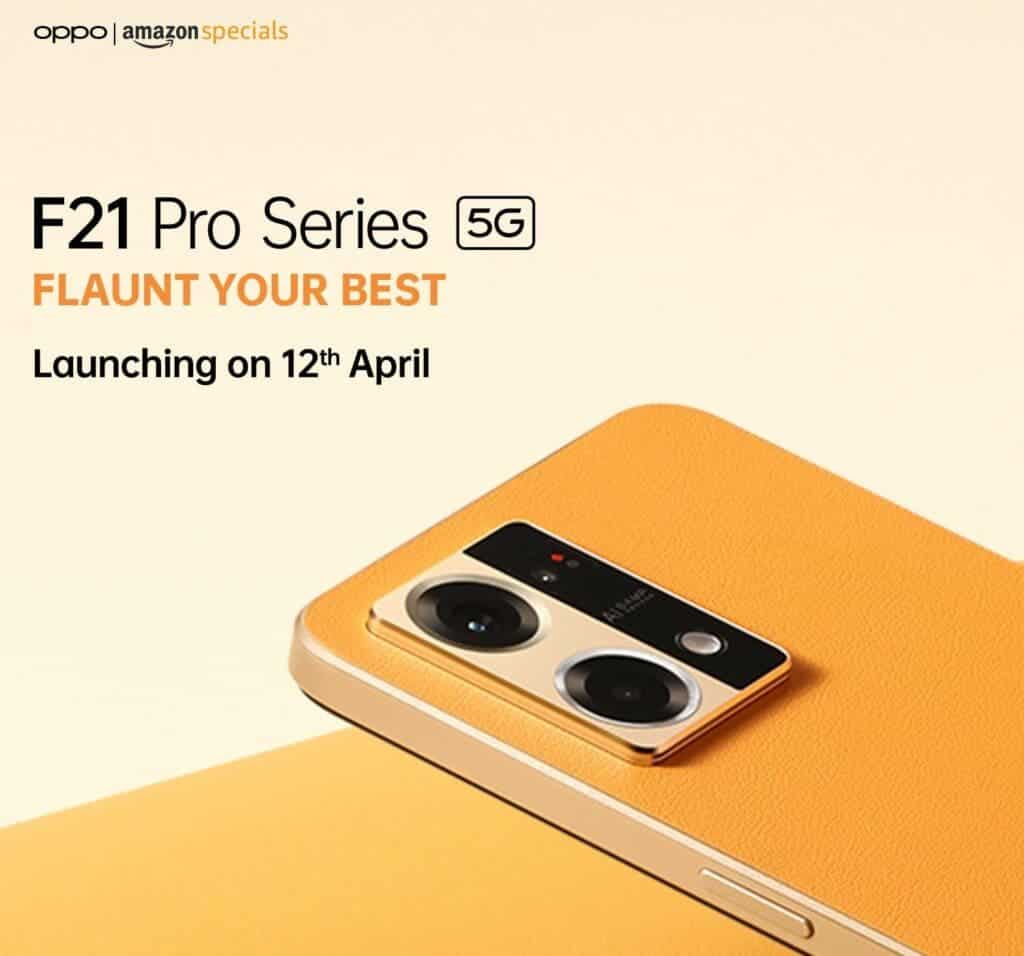 Moreover, the Oppo F21 Pro will be available via Amazon India and Oppo India’s official websites. Oppo could also launch the Oppo F21 Pro+, which had its design revealed last month courtesy of a leaked live image. In the meantime, the F21 Pro will launch with a triple rear camera setup. This camera island features a couple of big cutouts and a small one alongside an LED flash. Moreover, the camera setup will house a 64MP main camera along with a Microlens camera.

Aside from this, the phone has a 32MP Sony IMX709 camera that comes in handy for capturing selfies and video calling. This is similar to the Oppo Reno 7 Pro. Furthermore, the F21 Pro will use a 4,500mAh battery to draw its juices. This cell supports 33W SuperVOOC fast charging. The side edge of the handset will accommodate a fingerprint scanner that also serves as a power button. Regrettably, the Oppo F21 Pro smartphone’s full specifications are still a mystery. Nevertheless, Oppo is likely to shed more light on the handset’s key specs ahead of launch.