The Moto G22 smartphone’s India launch date has been tipped, following the handset’s launch in Europe last month. Motorola brought the Moto G22 into the European market in March 2022. The handset boasts an impressive array of features and sufficiently good specs. Moreover, it has an impressive camera setup featuring a 50MP primary sensor. It also packs a robust battery to draw its juices.

In other words, the Moto G22 will arrive in India just about a month after its global launch. Furthermore, the publication was able to acquire the Moto G22 Indian variant’s key specifications, which seem to align with the global model. The Moto G22 India launch could happen between April 4 to April 8. So, Motorola is probably gearing up to start teasing the phone’s imminent arrival in the country. Moreover, the company could confirm the exact launch date in one of these teasers.

The Moto G22 had passed through the NBTC and FCC certification websites with key specs earlier this year. The handset adopts a slightly overhauled design that makes it look sleek. Aside from this, the Moto G22 has a premium build quality, and its boxy design is in line with most modern phones. The front panel features a punch-hole cutout to accommodate the selfie camera Moreover, it sports a newfangled camera module, which is on the top of the rear panel. This camera island houses a large main sensor, three regular lenses, as well as an LED flash. 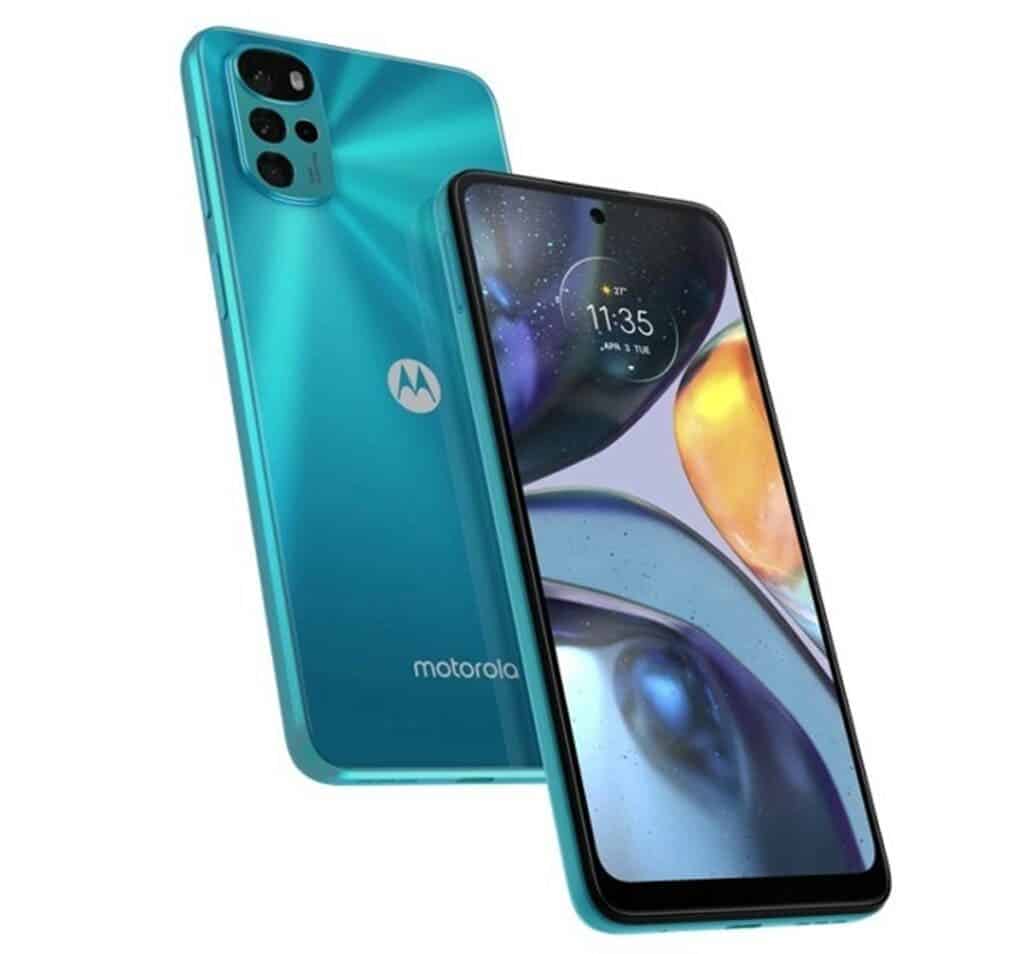 Moreover, the back panel features the trademark Moto dimple. The right spine house the phone’s volume rocker. Although the image shows the Moto G22 in the green color option, Motorola is likely to announce more color choices at launch. Upfront, the phone houses a 16MP shooter for capturing selfies and video calling. The quad rear camera setup includes a 50MP main camera. Furthermore, the phone sports an IPS LCD display that offers a 90Hz refresh rate. The handset runs Android 12 OS out of the box. The rest of the specifications are likely to align with the global model.