Bitcoin mining is a problem that’s growing rapidly in Malaysia, but the country is very determined to stop these illegal operations. For those who are unaware, crypto mining is a power-intensive process. So, governments around the world are losing sleep over this worrisome subject. Nevertheless, several steps have been taken in a bid to stop this illegal bitcoin mining.

For instance, the latest statistics show that the Malaysian authorities have taken 627 people into custody since 2020. These people have been stealing electricity to ensure seamless crypto mining operations. Aside from this, the Malaysian police have seized Crypto mining equipment worth MYR 69.8 million (about INR 1,25,00,000) in the last couple of years. Notably, advanced computers play a vital role in solving complex algorithms to generate Cryptocurrencies. 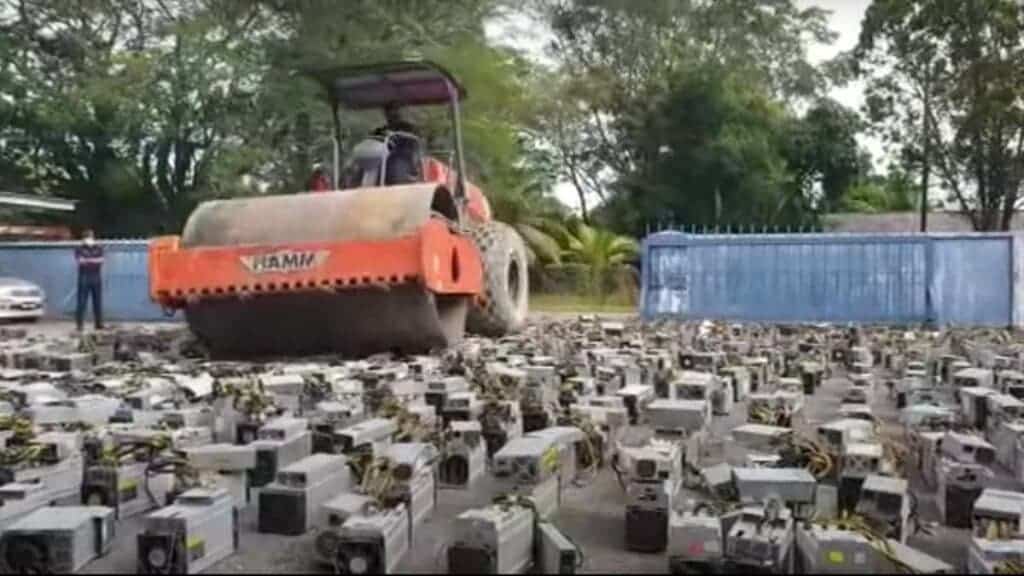 Moreover, this entire process requires a lot of power. In the meantime, Malaysian authorities have been trying to solve the power crisis in the country. So, they have been searching around for illegal crypto mining hubs. The power grids are likely to experience overlaod in regions where crypto mining has been going on a regular basis. Malaysian electric utility company, TNB (Tenaga Nasional Berhad) is focusing on stopping this illegal bitcoin mining.

TNB is joining forces with Malaysia’s JSJ (Jabatan Siasatan Jenayah) or Criminal Investigation Department. Now, they have been raiding illegal crypto mining rings that have been operating within Malaysia, as per a report by Malaysian news agency Bernama. Notably, this comes at a time when Russia is accepting Bitcoin as a mode of payment for gas and oil. Moreover, Inspector-General of Police Tan Sri Acryl Sani Abdullah Sani has urged Malaysian citizens to be careful when it comes to leasing their properties to tenants.

Furthermore, they need to inform police authorities if they notice any suspicious crypto mining activities in their area. To recall, the Bitcoin price surpassed the $50,000 mark last year. This could have caused a boost in Bitcoin mining across the southeast Asian nation. Moreover, there have been more power outages in multiple regions in these countries lately, much to the chagrin of the common people. Moreover, Bitcoin miners have been actively operating in Texas, causing electricity distribution in the region.

The Bitcoin mining process utilizes 0.5 percent of global electricity. Notably, this is seven times Google’s overall consumption. In the meantime, Malaysia is playing an important role in combating the global chip shortage. According to the ERCOT (The Electric Reliability Council of Texas), the energy loads are likely to increase five-fold in the next couple of years.