How to Fix Spotify Keeps Crashing on Android (8 Best Ways) 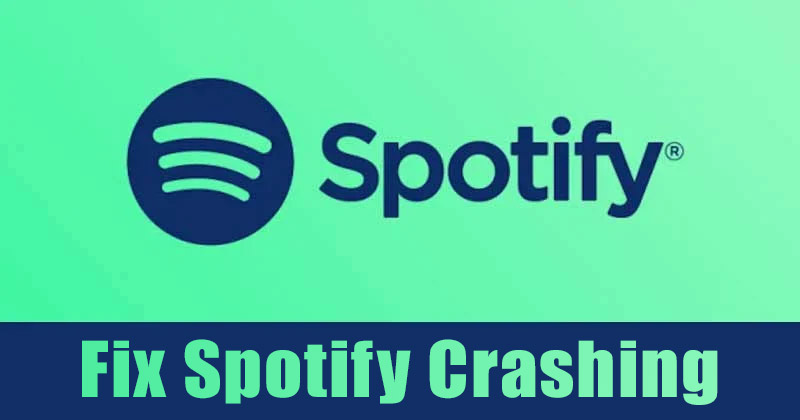 If we talk about the Spotify app for Android, the mobile app allows you to stream music, adjust the audio quality, add songs to the playlist, and more. However, there’s a problem with the Android version of Spotify – the app is not stable. Android users often face issues like Spotify crashing, audio buffering, etc., while using the Spotify app.

We received many messages from our readers asking how to fix Spotify’s crashing on Android problem. Users have claimed that their Spotify app for Android keeps crashing mid-song or while accessing a playlist.

If you are also dealing with the Spotify app crashing problem on Android and looking for ways to resolve it, you have landed on the right page. This article will share a step-by-step guide on fixing Spotify that keeps crashing on Android. Let’s get started.

Restart your Android if you haven’t done so for a while. Sometimes, a simple restart can fix most of the hardware or software-related problem on Android.

Restarting an Android device stops all processes running in the background, including the ones conflicting with the functionality of Spotify. Hence, before following the next methods, restart your Android device.

If Spotify is still crashing even after the restart, you need to install the pending Spotify updates from the Google Play Store. Outdated apps often show error messages or lead to app crashes or lag problems.

Hence, you need to open the Google Play Store, search for Spotify, and install the available update. If no updates were available, then follow the next methods.

3) Check if Spotify is Down

If there’s any problem with the Spotify server, the app won’t open. Even if it opens, you will face issues while streaming music. 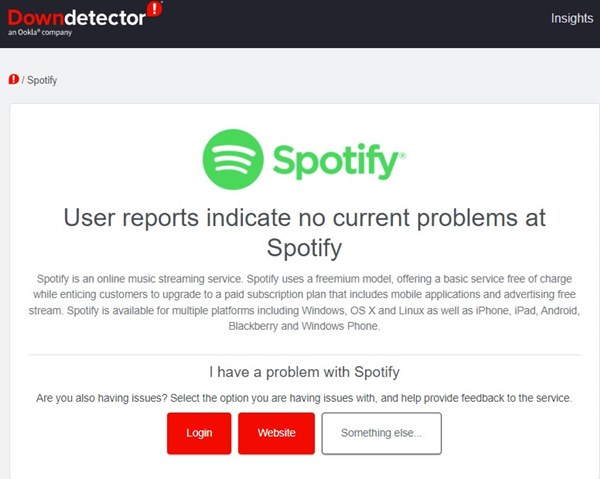 Hence, it’s a good idea to check if there’s any problem with the Spotify service before coming to any conclusion. To check for a Spotify outage, you need to check Spotify’s status page at Downdetector or other similar websites.

If Spotify is down worldwide, you need to wait until the service gets restored. Meanwhile, you can use other music streaming apps for Android to stream music.

Many users have claimed to fix Spotify’s crashing problem by disabling their VPN or proxy settings. If we talk about the VPN, they change your IP address and assign a different location, forcing the Spotify app to connect to a different server.

When the mobile app fails to connect to a different server, the app either crashes or shows you an error message. Hence, make sure to disable the VPN or proxy settings to fix Spotify keeps crashing issue.

If the Spotify app is still crashing even after following the above three methods, you need to stop the Spotify app. When you force quit an app on Android, the app and its background processes are released from the memory.

1. First, long-press the Spotify icon on the home screen and select the App info option.

2. On the Spotify App info page, tap on the Force stop.

6) Clear the Cache file of the Spotify App

If the Spotify app for Android continues to crash, there might be an issue with the app cache file. Outdated or corrupted cache files also lead to Spotify crashes or Spotify not connecting to the internet problems. Hence, you need to clear the cache file of the Spotify app to fix this problem.

1. First, long-press the Spotify app on the home screen and select App info.

2. On the App info page for Spotify, tap on the Storage usage option.

3. On the next screen, tap on the Clear Cache.

There’s another way to clear the cache file of Spotify, which we have shared below. This will remove all cache files of the Spotify app for Android. Once done, open the Spotify app and log in with your account.

4. Open the Spotify app on your Android device. Next, tap on the gear icon as shown below.

5. This will open the Settings page of Spotify. Scroll down to the Storage section.

6. Next, tap on the Clear Cache to delete the Spotify cache data.

That’s it! These are the two best ways to clear the cache files of Spotify.

The Spotify app may be unable to connect to the internet or servers due to Network error or incorrect network settings. Whether you are using WiFi or mobile data to stream Spotify music, you can easily reset the Network settings on Android.

How to Improve SSD Performance on Windows 11 (4 Methods)

Have iPhone or Android phone? Turn it into a speed king this way